“The Lion Lotsawa” is an online resource operated by Senge Drayang (Westin Harris). It is intended to facilitate access to, and discussion of, Tantric Buddhist texts and ideas.

This site is intended for both academic and religious readers. 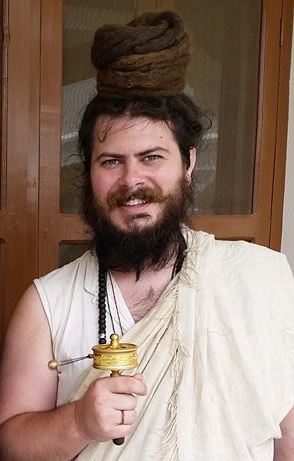 Westin Harris is a yogin and translator in the tradition of Indo-Tibetan (Vajrayana) Buddhism. He is also a PhD student at the University of California, and Doctoral Research Affiliate at the Kathmandu University Center for Buddhist Studies, Rangjung Yeshe Institute.

Westin studied South Asian Art History at the National Museum Institute in New Delhi, India; Buddhist Studies at Delhi University, India; and ultimately received his undergraduate degree in sociocultural anthropology from the University of California, Davis. A scholar and devout practitioner of Vajrayana (Tantric) Buddhism, Westin has returned to the University of California to pursue his PhD in the study of religion.

In Summer 2017, Westin will begin a fourteen-month Doctoral Research Affiliation with the Kathmandu University Center for Buddhist Studies, Rangjung Yeshe Institute. During his affiliation, he will engage in linguistic and philological study at the institute while conducting preliminary analysis of nearby field sites throughout Nepal.

In general, Westin’s research explores the intersections of notions of the body (Skt. kaya; Tib. sku/lus) and sainthood in the hagiographical and liturgical literary corpora of Indo-Tibetan Buddhism. More specifically, he is interested in the ways that holy bodies—that is, the bodies of saints, siddhas, yogis, and yoginis—perform their holiness. On a micro level, that includes the ways that saints embody and perform their sanctity through various deeds and practices, some of them transgressive and antinomian like observance conduct (Tib. brtul zhugs spyod pa) and the practice of cutting (Tib. gcod yul). On a macro level, that includes consideration of the ways that the “holy bodies” of saints come to transcend the spatiotemporal boundaries of their mortal frames, especially via hagiographical and/or liturgical immortalization.

All photos posted on Lion Lotsawa either belong to Westin Harris personally, are gathered from Wikimedia Commons and comply with Creative Commons and/or other applicable licensing conditions, or are posted with explicit permission from the owner with due citation.