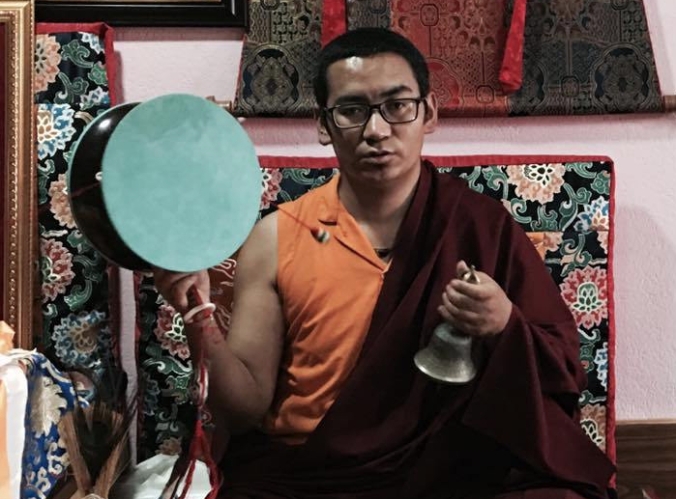 This is a rare opportunity to accumulate merit while aiding in the preservation and revitalization of Mahasiddha Padampa Sangye’s precious Zhije (Pacification) lineage—one of the eight original “practice lineages” which were transmitted from India to Tibet, and one of the few lineages to have influenced all extent schools of Tibetan Buddhism.

Dungzin Dampa Rinpoche recently established the Zhije Tsuglagkhang (temple) in Nepal as a place where these rare and nearly-extinct teachings can be preserved and practiced. Now Rinpoche is looking for sponsors to cover some of the expenses incurred in the establishment of the temple. Any donations are appreciated.

If you are interested in this once-in-a-lifetime opportunity to make a donation in support of this profound Zhije lineage, or if you would like to read more about the efforts to preserve the Zhije lineage, please visit the official website at:
https://shijeddharmadvipa.org/

Born in Zurkhang Labrang, he descends from the lineage of Pha Gyagompa, a heart disciple of Pha Dhampa Sangye. Kyabje Trulshik Rinpoche bestowed upon him his name, saying; “O, a junior Dampa is born. The boy’s name shall be Dhampa Sonam.”¹ Under the kind advice of Kyabje Dzatul Rinpoche, he enrolled in his monastery after completing his high school education. At the monastery, he accomplished almost all the posts and duties asper monastic rules, completed the 9 volume digital edition of the Dzatul Kabum with the Zhijedpa Au Lama Tsultrim Gyaltsen, and performed other services as an offering, so as to delight his root guru.

Dungzin Dampa Rinpoche received numerous empowerments and transmissions within the Nyingma tradition, from Lamas unmatched in the three realms, such as: H.H the Dalai Lama, Kyabje Trulshik Rinpoche, Penor Rinpoche, Taklung Tsetul Rinpoche, Chatral Rinpoche, Thinley Norbu Rinpoche, Kyabje Dzatul Rinpoche, and so on. In particular,from Kyabje Trulshik Rinpoche, he received the complete empowerments, transmissions and instructions of the Shijed tradition. He studied under the kind guidance of Minling Rabjampa Gelong Shedrub, Minling Khenpo Choekyi Gocha and especially with the Shijedpa Au Lama Tsulgyen, for many years.Turning his mind exclusively towards the sublime Dharma, he engaged in numerous short and long retreats and practices, in the traditional methods of the Mindrol Ling and Shijed lineages.

Kyabje Chatral Sangye Dorje Rinpoche offered him a prophecy-like advice: “You are the responsible person for this: unless you work on preserving this sacred lineage, it will become extinct from this earth. I am the oldest living practitioner in the Nyingma tradition: there are exceptionally auspicious conditions if I make aspirations for something.” This is what Rinpoche said, while displaying many auspicious activities of dependent arising, and while offering blessings.

With the kind permission and blessings of Trulshik Rinpoche, and again with Au Lama Tsulgyen, he worked for more than 7 years collecting sacred and rare manuscripts; finally, in 2013, he published the first ever compiled edition of the root Dharma series of Zhijed and its branch Chod, satiating the world by distributing Zhijed and Chod texts to Buddhist institutes, libraries and monastery of all traditions, impartially. He offered the first copy of the edition to HH the Dalai Lama, and received blessings and immense appreciation. During that time, His Holiness strongly expressed the need of a monastery for the study, practice and propagation of Zhijed.

Again, in November 2016, he was granted the privilege of a private audience with HH the Dalai Lama, during which His Holiness offered encouraging advice on the importance of the Zhijed and its preservation. He was formally invited to attend the 34th Kālacakra Abhiṣeka in Bodh Gaya, so as to honor his being the lineage holder of the sacred Zhijed lineage.

Bearing in mind the advice, guidance, blessings and aspirations of the precious masters, and the responsibility he was handed over, at present, Dungzin Rinpoche’s only determination and aspiration is to offer oneself for the preservation of the Buddha’s doctrine in general, and the sacred tradition of Zhijed and Chod in particular. He will devote his entire ability and energy to that purpose. 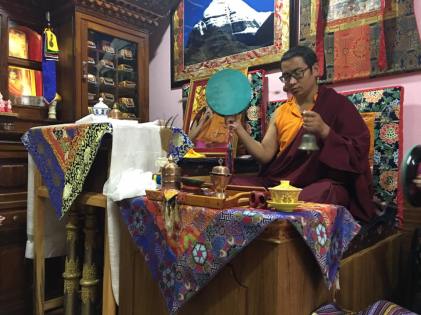